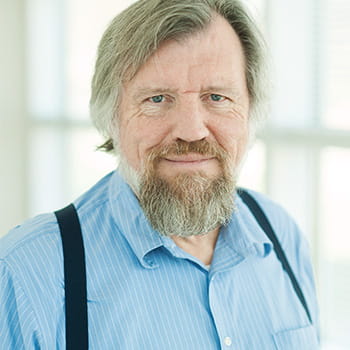 Genomic instability of the Immune System

The Immune System is characterized by its use of genomic instability to generate novel structures needed for recognition of a multitude of environmental antigens. In the context of one individual lifespan, this genomic instability is manifest by the recombination of immunoglobulin (Ig) and T cell receptor (TCR) genes in lymphocytes.

A cartoon of this process is shown in Figure 1. In each cell distinct segments of DNA rearrange to form a new gene. There are a number of variable gene segments (V gene) that are on the same chromosome with a number of joining segments (J regions) and a constant gene (C gene). One of the V genes rearranges next to a J region resulting in a new gene, in the example shown it is the V5 gene. Unlike most other recombinations, this one is inherently imprecise, with nucleotide building blocks of the DNA being added or eliminated in the process (red region in figure on left). This adds further diversity to the DNA junctions. It is these junctions that make up the antigen recognition site. This rearrangement process insures that each founder lymphocyte has a unique DNA sequence in this recombining region. This

sequence can be used as a fingerprint in following the exploits of a particular T cell.

A further example of the use of genomic instability to increase potential receptor repertoires is the ability of the recombined Ig to undergo somatic mutagenesis to further change the genetic information of the lymphocyte. This results in a potentially all encompassing set of receptors. Because of the breadth of antigen recognition resulting from rearrangement and mutagenesis, a careful line must be maintained between recognition of foreign antigens and recognition of normal self-molecules.

A component of the system involved in modulating the responses to external antigens is the molecules of the major histocompatibility complex (MHC). While the immunoglobulins interact with antigens directly, the T cell receptor recognizes digested pieces of antigen, i.e. peptides, that are bound to MHC. The MHC molecules are of two types, class I and class II. The class I MHC generally present intracellular peptides derived from infection of the cell whereas class II molecules present peptides from molecules scavenged from the environment. Unlike Ig, that has a fine specificity for its antigen, any one MHC can bind a large number of antigenic peptides. However, there are some rules as to the nature of the peptides that can bind to any MHC molecule.

It is at this level that another aspect of genomic plasticity is evident. This plasticity is seen in the context of populations, i.e. in an evolutionary time scale. It is evidenced by the extreme polymorphism of MHC molecules. Although any one individual is restricted to a few different MHC molecules, the population has quite a number of different ones. Thus, we have one class II DRB1 gene on each chromosome, however most of us have different alleles at that genetic locus. In keeping with the function of MHC in binding antigen peptides, these polymorphisms preferentially affect the peptide-binding portion of the MHC molecules.

The structure of a class II MHC molecule is shown in Figure 2. The deep groove running across the center is the site of peptide binding. There are two deep pockets at each end (dark spots) and shallower pockets in the center. The structure of the groove differs from one class II MHC allele to another. Each MHC molecule in the population has a different spectrum of peptide binding. This insures that no one pathogen can destroy the whole population by developing protein sequences that are incapable of binding to an MHC molecule, and thus evading the immune system. This polymorphism while insuring species survival can be problematic for transfusion and transplantation. It can occasionally cause difficulties during pregnancy.

The MHC class II-presented peptides are recognized by TCR on T cells that carry the CD4 surface marker. These CD4 cells are regulatory cells (also called helper T cells) that control many other aspects of immune responses, including Ig production by B cells. Exactly how a complex system of regulatory T cells develops is not yet understood.

After any strong immune response, some T cells are set aside to be ready for the next time the antigen may be encountered. This is termed memory and is the basis of vaccination. Exactly how memory cells are generated and how they function is still not understood. We have been studying the nature of T cell memory in man and have observed that the number of T cells with distinct receptors that recognize a single peptide antigen can be quite high. In one study examining the memory response to influenza, we observed over 150 different T cell species responding to a single peptide derived from the virus. The distribution of these species was interesting in that it could be described by a power law. The entire memory T cell repertoire showed self-similarity at a number of levels and thus could be considered a self-similar fractal. A schematic depiction of the repertoire can be generated using a golden spiral mapping of the different T cell species (Figure 3). The first branch of the spiral (rank 1) represents the T cell species observed only once. The curve trifurcates at the end of the first segment of the spiral. Two spirals continue as mirror images. The first segment of each of these two spirals displays the species that appear twice, i.e. the second rank. The third spiral continues into the upper right quadrant and describes the remaining levels in a similar manner starting with rank three. The same steps are repeated for the remaining portion of the distribution, thus describing a self-similar recursive rule for generating a map of the repertoire. We propose that fractal repertoires are associated with robust memory responses to antigens encountered a number of times during a persons life. It is interesting to note that the particular influenza peptide studied here is invariant in all flu strains and thus is an important target for an immune response.

The laboratory of Dr. Gorski carries out studies in Molecular Immunology. The areas of interest are exactly those features mentioned above, which are still poorly understood. This includes generation of antigenic peptides, effects of MHC class II polymorphism on peptide binding, thymic maturation, development of T cell responses and generation of T cell memory. We have become very interested in how immune memory is maintained in middle-aged and older individuals once the thymus stops making large number of new T cells.