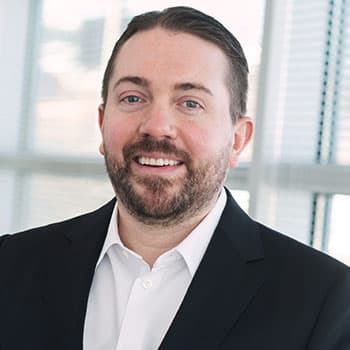 Christian Kastrup leads a group of biochemists, engineers and surgical residents working to gain a deeper understanding of how blood clotting is regulated and can be controlled therapeutically. Severe hemorrhage is a leading cause of death for those aged 1 to 46 years, while thrombosis is a major contributor to death and disability with age. We use proteins and cells naturally involved in blood clotting to develop novel technologies for addressing unmet needs in controlling severe bleeding and preventing unwanted clotting.

The research in our lab is focused on these questions:

We use a variety of biochemical assays, RNA biotechnology, biomaterial and lipid nanoparticle synthesis, imaging, patient blood, microfluidics and human blood, and small and large animal models to answer these questions.

During hemorrhage, fibrin is covalently crosslinked to itself and the vessel wall to form a meshwork that seals the wound. If this meshwork is not stably linked to the vessel wall, the wound is not effectively sealed, leading to re-bleeding. This process is mediated by coagulation factor XIIIa (FXIIIa), a transglutaminase enzyme found in platelets and blood. We are currently exploring the role of FXIII, fibrinogen, and other modulators of clot degradation in severe hemorrhage. To do this, we are continuing to develop novel RNA therapies utilizing lipid nanoparticles and mRNA, siRNA, and gene editing components.

We are also utilizing these RNA gene therapies to understand and control thrombosis. Thrombosis is currently treated with anticoagulants that target events upstream of fibrin crosslinking to prevent additional clots from forming in the patient. However, these carry the risk of unwanted bleeding. We hypothesized, and are now testing, that a safer approach is to instead inhibit the stability of fibrin, which would allow an initial plug to form and seal the wound, but also increase the susceptibility of the clot to degradation.

Severe hemorrhage can be triggered by trauma, surgery, or childbirth, and requires timely treatment with blood products and hemostatic agents to stop the blood loss. The most severe cases of hemorrhage are characterized by a widespread failure of the body’s blood clotting system, and bleeds can rapidly get out of control. Hemostatic agents are often applied topically into wounds to stop bleeding, but current agents are often ineffective in severe hemorrhage because they are flushed out of the wound by high blood flow.

To address this challenge, we have developed microparticles that propel upstream through blood and deliver therapeutics deep into wounds. These microparticles, loaded with a powerful pro-coagulant enzyme, thrombin, successfully reduced blood loss and mortality in small and large animal models of bleeding in trauma, surgery and endoscopy. These hemostatic products are being translated in collaboration with commercial and military partners.

Enhancing the function of platelets and megakaryocytes

Platelets are small, anucleate blood cells essential for hemostasis. In response to vascular damage, platelets activate and aggregate to form a plug to seal the wound and prevent blood loss. As part of this process, activated platelets release molecules that promote clot formation in a localized manner.

Platelet transfusions are used to stop or prevent bleeding, but  are often ineffective during the most severe cases of hemorrhage when platelets become dysfunctional and their contribution to hemostasis is lost. We are developing ways to enhance the natural procoagulant function of platelets to improve their hemostatic efficacy.

We have developed an approach to load nucleic acids and proteins into platelets using lipid nanoparticles (LNPs). We have demonstrated that platelets loaded with thrombin formed clots significantly faster and stronger than un-modified platelets, even in blood plasma from patients with clotting defects. We are now exploring whether we can further extend the therapeutic function of platelets by using LNPs to deliver mRNA to the platelets. We are also investigating whether LNPs can deliver therapeutics to megakaryocytes, the precursor cells to platelets, to modify platelet function.

Coagulation is controlled by a complex network of reactions that were first described over 50 years ago. Research over the decades has led to a better understanding of the biochemistry of the coagulation network, yet questions still remain about aspects of blood clotting. Humans deficient in coagulation factor XII (FXII) do not appear to bleed spontaneously or excessively after trauma, leading to a debate over its role in blood clotting. FXII is activated by silicates, a major component of soil, to clot blood in vitro. Interestingly, FXII is  conserved in land-dwelling animals, but not in animals that do not live on soil, such as marine mammals. We therefore asked the question, is soil a physiological activator of FXII? If so, then FXII may have roles in blood clotting that have never before been characterized, and we are exploring these.