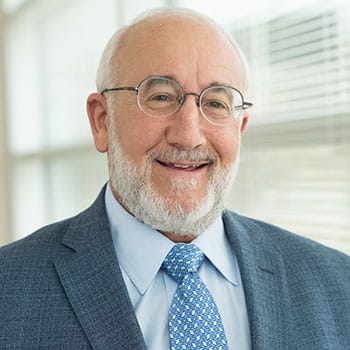 Professor of Pharmacology and Cell Biology
Medical College of Wisconsin

Our laboratory divides its attention between exploring the structure and function of PECAM-1 in the blood and vascular cells in which it is expressed and the generation of antigenically-distinct megakaryocytes and platelets from induced pluripotent stem (iPS) cells, and the use of a novel humanized mouse to examine the pathophysiology of platelet alloimmune disorders. Techniques range from CRISPR-mediated gene editing to protein crystallography to the development of animal models of platelet alloimmunity.

The Biology of PECAM-1: PECAM-1 (also known as CD31) is a cellular adhesion and signaling receptor comprised of six extracellular immunoglobulin (Ig) - like homology domains, a short transmembrane domain, and a 118 amino acid cytoplasmic domain that becomes serine and tyrosine phosphorylated upon cellular activation. PECAM-1 expression is restricted to blood and vascular cells. In circulating platelets and leukocytes, PECAM-1 functions largely as an inhibitory receptor that, via regulated sequential phosphorylation of its cytoplasmic domain, limits cellular activation responses. PECAM-1 is also highly expressed at endothelial cell intercellular junctions, where it functions as a mechanosensor, as a regulator of leukocyte trafficking, and in the maintenance of endothelial cell junctional integrity. PECAM-1–PECAM-1 homophilic interactions mediated by N-terminal Ig domain 1 are required for border localization, and contribute importantly to steady-state endothelial cell barrier stability and to recovery of endothelial cell junctional integrity, both in vitro and in vivo, following inflammatory or hemostatic challenge. Current studies seek to:

Generation of alloantigen-specific “Designer Platelets” in mice and man for diagnostic and investigative use: Immune reactions to platelets, initiated either by transfusion or by pregnancy, are responsible for two serious immunopathogenic syndromes: Post-transfusion purpura and fetal/neonatal alloimmune thrombocytopenia (FNAIT). FNAIT is caused by maternal antibodies generated in response to paternally-inherited antigens present on fetal platelets that re-cross the placenta and bind to fetal and/or neonatal platelets, resulting in thrombocytopenia often serious enough to require transfusion, and in the most severe cases causing intracranial hemorrhage and intrauterine death. To develop a greater understanding of the etiology of platelet alloimmune disorders, and to develop novel reagents leading to greatly improved diagnostic testing, we are: